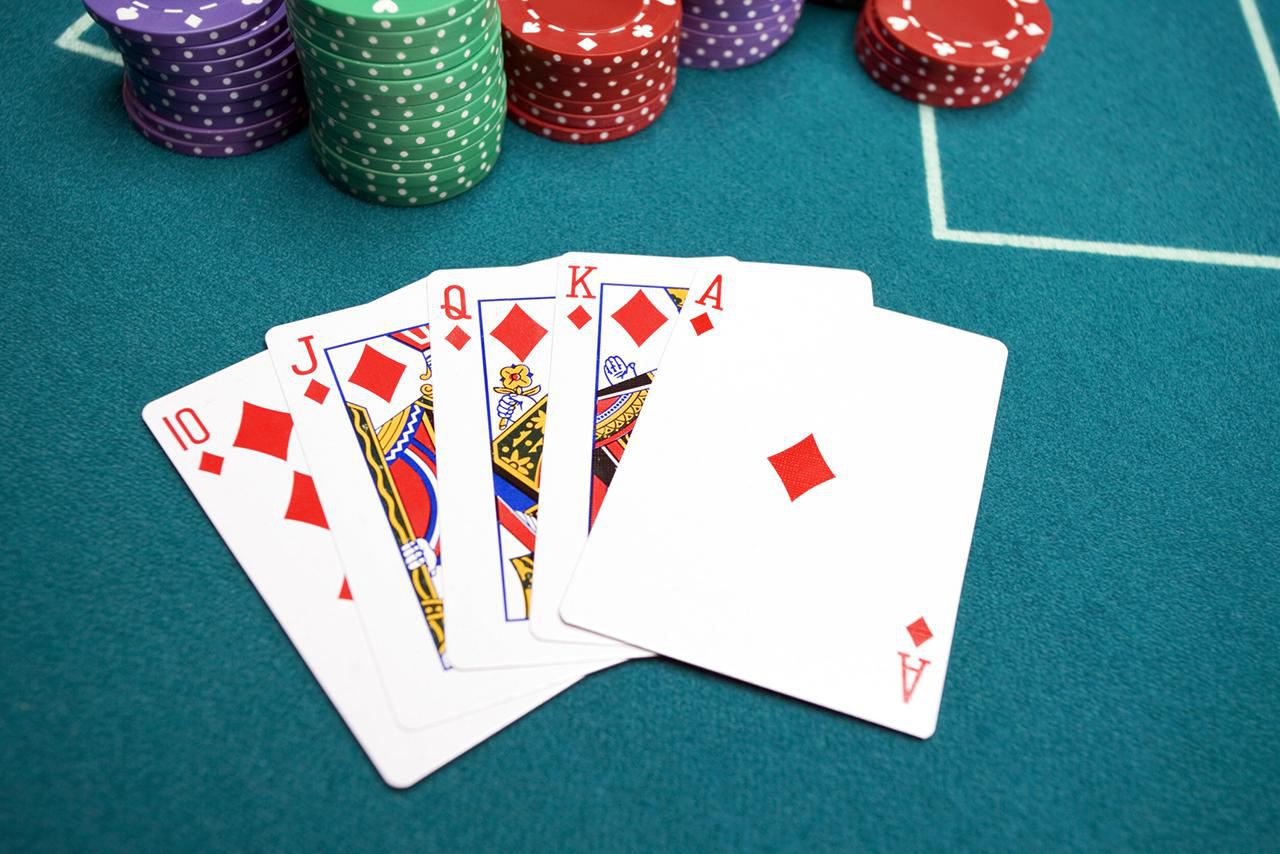 For any poker player, it’s essential to know which card combinations make up potentially winning hands, and how those hands compare to each other. It’s also vital to know what the chances are of another player having an equivalent hand, or a better one, in the context of any given game. After a while, recognizing these hands should become second nature and you can move your concentration elsewhere.

Any poker hand will always consist of five cards. Even in a seven-card game, you will choose the best five cards to make up your hand. In the event of two players having the same hand, the one with the highest-ranking card will win.

The best hand in poker is of course the legendary royal flush. This is unbeatable and comes up incredibly rarely (generally it’s only ever seen in movies). The chances of getting an ace, king, queen, jack and ten, all of the same suit and all in one hand are almost 650,000/1.

Apart from the fact that you will most likely never hold this hand, there is another disadvantage. If the other players suspect that you could have a royal flush they’ll be very reluctant to bet against you. On the other hand, many poker rooms, either around the world or at an NJ online casino, offer an additional jackpot should a royal flush come up.

This is generally the ultimate winning hand in real life: five cards of the same suit all in order. Be wary though. If you find you’ve got the bottom end of a straight flush, you could still be beaten by another player holding the top end. Imagine that you have the three and four of diamonds and the five, six and seven of diamonds are on the board. You’re all set to clean up; that is, unless another player is holding the eight and nine of diamonds already.

Four of a kind

The next best hand is four cards of the same rank but in different suits, e.g. the six of hearts, six of diamonds, six of clubs and six of spades. Obviously the higher they rank the better, especially if another player also holds this hand.

This hand consists of three cards of the same rank plus a pair of cards of another rank, for instance three sevens and two fives. This is potentially a very strong hand but requires you to read the board very carefully as when this scenario arises for one player, it usually means opportunities for other players as well, possibly to put a four-of-a-kind together to beat you. Equally not all full houses are equal, and higher ranking cards will always win.

This hand consists of five cards all from the same suit. Again, in the case of two or more flushes, the player with the highest card has the best chance of winning.

This hand consists of five cards in sequence. They can be from any suit.

Three of a kind

Also known as a set or trips, a three-of-a-kind hand consists of three cards of the same ranking, from different suits. The higher the ranking, the better the hand.

A pair is two cards of the same rank. Having a two pair is better than holding just one pair. Finally, if no-one has any of these hands, then the highest card on the table wins.

Understanding the hands is the first thing any novice poker player needs to grasp. There are many possibilities opened up once this step has been accomplished, so it’s important to get this aspect clear in your mind before moving forward. Get More Info

A sport betting is one of the easiest methods!!